I took this photo nearly fifty years ago. It was probably taken on an old Mamiyaflex or a Rolleicord 2¼ square twin lense reflex. I forget now. It was along time ago.

It was in Coober Pedy which is an opal mining town.

We sat and talked for a long time before I had the courage to ask him if I could take it. Today, with cultural sensitivities relevant, I might not have been brave enough or naive enough to have even tried.

I think it is my all time favourite photo.

Ask yourself. Is he looking like a person who has been downtrodden by a superior race? Or is he looking and saying to himself, “He’s a nice boy, but what kind of people are these?”

Maybe he is saying, “At last a white fella who treats me like an equal!”

That’s what I would like him to have said. 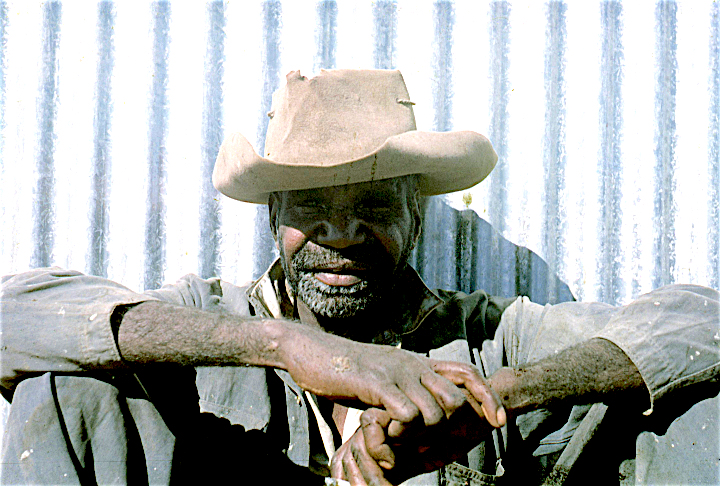 13 thoughts on “My favourite Photo.”