Maryborough is a small town just 70 kilometres north of Ballarat with population of about 8,000. It has a big Railway station. Mark Twain visited the town in 1895 and declared that Maryborough was “A railway station with a town attached”.

Some people believe that this is a result of a bureaucratic mixup and the station was intended for Maryborough in Queensland which is about four times bigger. Maybe the stations got switched. Below is what the bigger town got.

Sadly we will leave the Queensland town and return to Victoria.

The inside of the station is equally impressive.

The entry is more impressive than my photo. I wanted to take a photo of the ceiling and I forgot to adjust my settings until it was too late. Here is a small part of the woodwork. 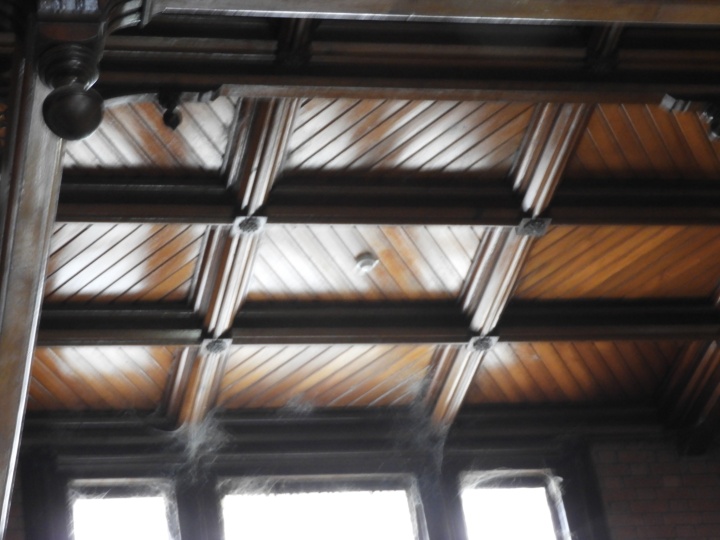 And below is the fireplace in the waiting room/cafe. 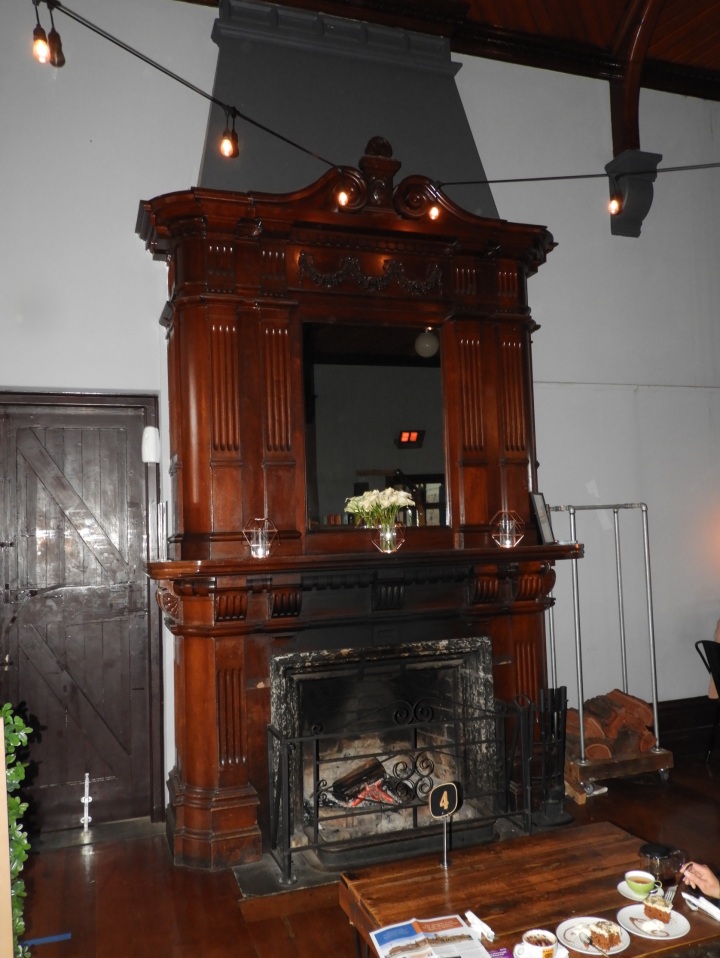 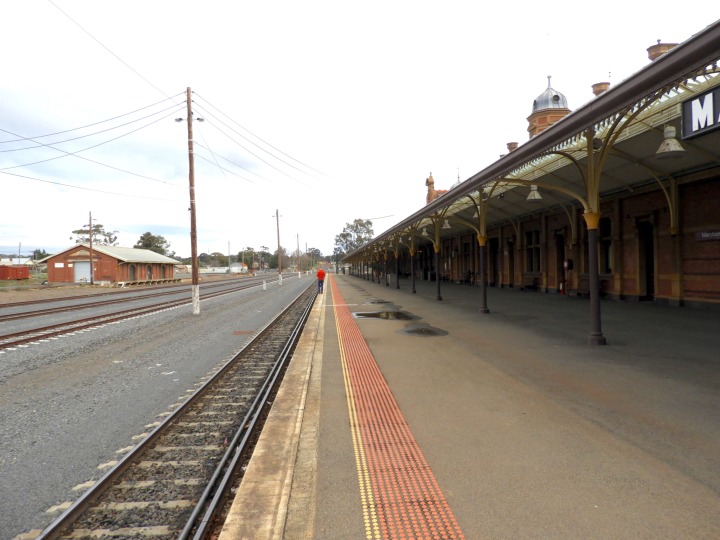 For railway buffs the inside rail next to the platform is so that two systems can operate: Standard Gauge and Broad Gauge. There are still remnants of the two gauges in Australia which hark back to the different State Jurisdictions that operated before Federation in 1901.

Next we have the Fire Alarm Tower, The Court House, Post Office, Town Hall, The Pub, and the High Street roundabout. (In any order.) 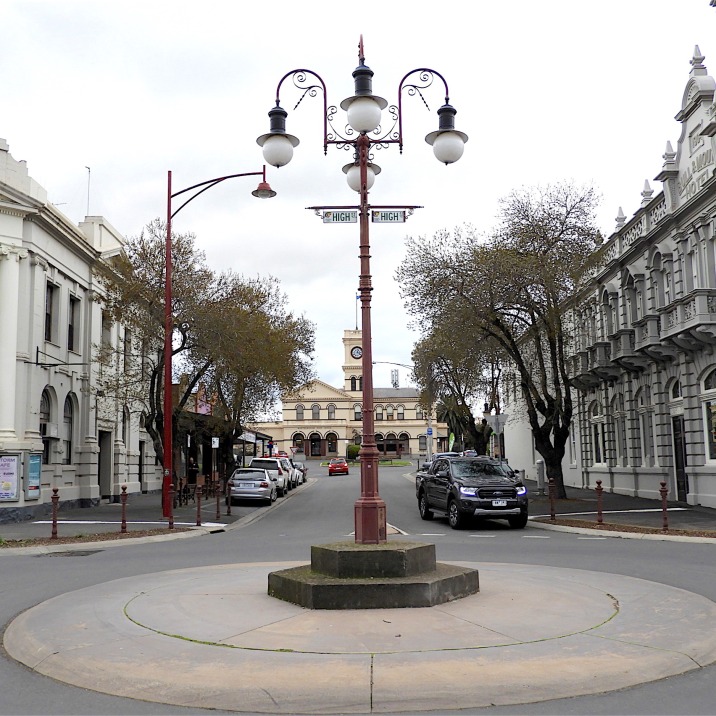 Below I have a map of the Victorian Rail Network. Again for Rail buffs.

The blue line is the Standard gauge (1435mm 4ft 8½ inches )which extends into New South Wales and into South Australia. The orange indicates the original state only broad gauge (1600 mm 5ft 3inches)