The old man woke early. Hail rattled the windows and were blown by a freezing wind from the south. In this part of the country the cold always comes from the south or the west but when it comes it makes little difference the direction. There is one imperative however. Today is a day to stay inside. Turn on the heater, find a book.

There are times and feelings that dictate the kind of book and today he scratched and fiddled not knowing what he wanted. Finally it was obvious and he drew from the shelves ‘The Old Man and the Sea.‘ This is what he wanted. Hemingway telling a simple story; a man against himself. This doesn’t have side plots or secondary characters. It is easy to read but as deep as the waters of the Gulf Stream. But it wasn’t exactly what he wanted.

The other book was almost the same. A simple book. One character against himself with a second character as foil. The ‘Snow Goose’: a story of Dunkirk by Paul Gallico. This is a favourite book of the old man. Of someone consciously divorcing himself from society without rejecting society. Penguin, who published it in Australia sum it up like this;

Philip Rhayader lives alone in an abandoned lighthouse on the desolate Great Marsh of Essex. One afternoon, a hauntingly beautiful child, Fritha, visits Rhayader, bringing with her an injured snow goose. At first Fritha is scared of Rhayader, with his sinister hump and crooked hand, but he is gentle and kind and Fritha begins to visit regularly. When the snow goose departs for home, Rhayader is left alone again. The following winter, the snow goose and Fritha return to the lighthouse. Time passes and one year Fritha is frightened to discover her feelings for Rhayader. But this is 1940 and Rhayader is setting sail for Dunkirk to help the soldiers trapped on the beaches. Fritha never sees Rhayader again.

The old man settled into his chair and read and dozed. He woke fitfully. There was a change and the sun fired through the window and the silence thundered against everything. The book had fallen to the floor. He picked it up and closed it. He will open it later and find his place or maybe start again.

He had promised the little boys a photo of a black swan and he went to the cupboard and checked his camera and drove carefully down the Cocid empty streets to the lake and the swans. 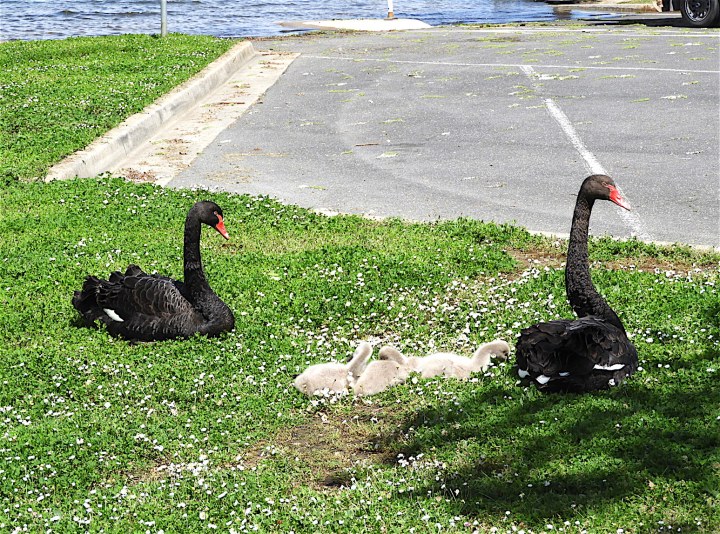 A family sat for their portrait. The shutter clicked and he packed up the camera and strolled content, around the lake until, from nowhere the whole concept of coincidence confronted him – standing in plain sight.

It was not a snow goose. Snow Geese do not exist here in the southern hemisphere. 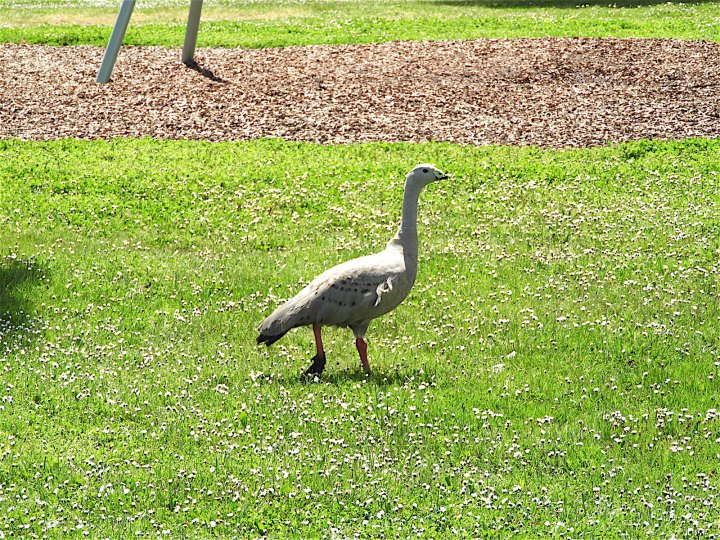 But it was a goose. Like Paul Gallico’s goose this one was lost and maybe even injured. Nervous and unsure of itself, it was alone and had taken possession of a large swathe of lawn.

Cape Barren geese are coastal birds. They are offshore island birds and are happy in family groupings or large flocks. There have been strong winds from the south for a few days and it is young. 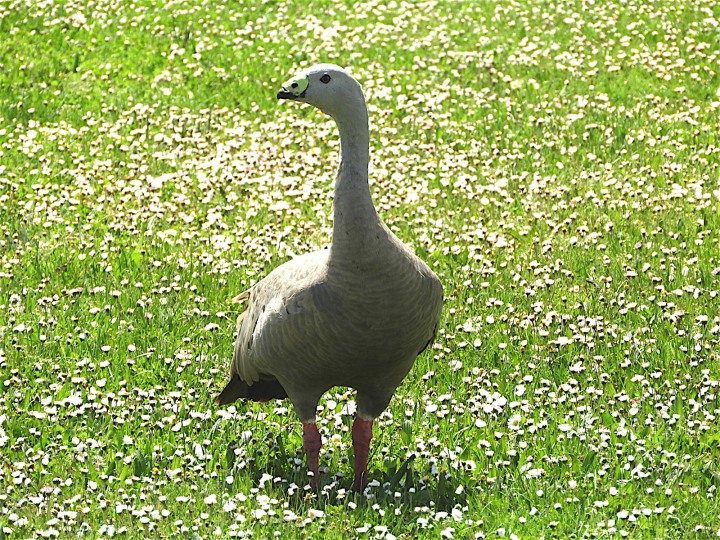 When the old man was back he picked up the book again. The story won’t have changed but he will have changed and he will read it anew and not again.

13 thoughts on “The Cape Barren Goose”